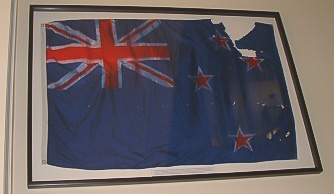 The week before Easter 2002, I wrote about 9/11 for the first time. I had become stranded in the capital and had time to reflect on what I’d done and what had happened to me and I was having difficulty processing it. Writing it down didn’t help. It was just as much of a mindfuck in black and white. Why is a raven like a writing desk? It was a trip down the rabbit hole. It was a Pandora’s box. It was a can of worms to catch a whole lot of crazy. Madness started to spin me out and I rolled with it, humouring myself with good humour. Better to laugh than to cry.

It read like a fantasy, an insane delusion, but it wasn’t, that was the point, that was why I did it, I had photocopies! But why did I do it? I didn’t choose it, did I? It chose me. Was it my reality that I manifested? It was like I was the manifestation. But no, of course it was me. But I didn’t choose this. It happened to me. I was used. This isn’t fair. I didn’t ask for this. People know. Why is no one coming to talk to me about this? I demand answers! Someone owes me an explanation! This is a set up! 3000 people are dead! I should take this all the way to the top! To the prime minister goddammit! If anyone should be able to seriously take responsibility for the truth of what I’ve been implicated in then it’s Helen bloody Clark!

I had a good chuckle to myself. But underneath the humour the angry sentiment was real. I threw the pages down and stormed off to the TV room to try and forget about it. There was no one in there. I turned on the TV and there was a movie on, a black and white war movie. Some paratrooper was snagged on a church steeple maybe? (Yep, I googled it just now, hey look at that, he was a real dude and his name was the same as my dad, John Steel(e). I shit you not. I couldn’t make this shit up.) I surfed the channels to see what else was on and caught the news headlines.

First up, Helen Clark, in NY paying her respects at Ground Zero, is presented with a New Zealand flag found beneath the rubble, and what was that look on her face? Oh for fuck’s sake, would you give me a fucking break already! Yeah nah. Second story, the Academy Awards were last night, “Fellowship of the Ring” blah blah blah….and Best Picture went to “A Beautiful Mind”. I’d seen the trailer, in a darkened movie theatre I’d choked up and shed a tear, from watching a trailer! Hey, it was an emotional time in my life and that Jennifer Connelly, fuck me, made quite the impression she did… “I need to believe that something extraordinary is possible.” Alright already! I get it! It’s all me.

Back to the movie. It was D-Day. John Wayne breaks his ankle and soldiers on like a legend. He was pretty cool.

A week or two after Easter when I snapped my fibula in half just above the ankle it sounded like a gun shot. I wasn’t pretty cool. I thought I was going to puke, shit my pants and faint, a little bit of wee came out, but I held it together and took half an hour to hobble 600m to a house where I got them to call me an ambulance.

As I lay there writhing in extreme agony for 45 minutes I didn’t think about John Wayne. I thought about what I’d written in my notebook just before the break and why. I was unemployed. I’d spent many months moving around the country gathering material for some kind of story, I was broke, and I was over it. It was time to go get some building work or something. The soles of my sneakers were split. (That’s why I slipped.) I tried doing some barefoot running and jumping, then put my old shoes back on and wrote in my notebook “Phew. Barefoot is not the business. Get new shoes!”

I also made a note about maybe talking to my godfather. He was something like an entrepreneurial business consultant. I’d approached him just before the shit went down on the millennium and after I got into trouble I was completely honest with him, so he refused to help me because he had a strict ‘no drugs’ policy. He also had a limp and a walking stick because he had a fused ankle. I decided then not to think of his help again.

As I rode in the ambulance to hospital, where I was to have two operations and get a heap of stainless steel screwed into me, I found the boost button on the nitrous nozzle. I laughed hysterically, thinking how I’d broken my leg in an extreme twist of fate.