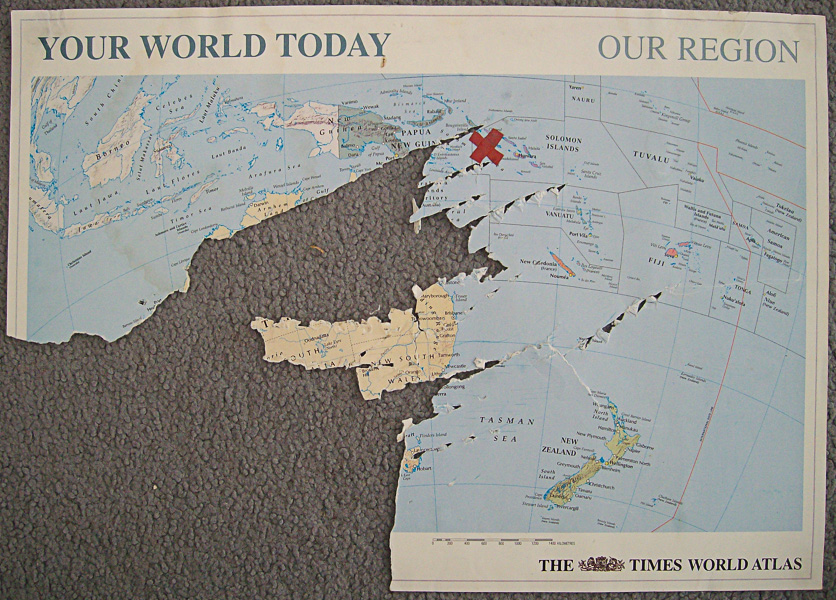 5/06/2017. Monday. Time I did some work? Catch up on some old deadlines. Should have posted this as an X anniversary last April. Better late than never.

Friday before Good Friday 2007, I got home to my shitty old caravan in Far North Queensland where I’d lived way too long, after another shit week at my shit job and punched the wall. My knuckles bled, it felt good. I decided to go get beers. I knew in this mood I was going to get drunk and lose it and probably smash some shit and that’s what I wanted. I was hot and angry and needed to blow some fire.

A short bike ride later and I was on my way. I got drunk very quickly, as one does after a day on a roof in tropical heat and no dinner. I had Metallica’s St Anger blasting full volume on my stereo and drunkenly I sang along loudly not caring what the neighbours thought. It was early on a Friday night and they were tolerant, we were friendly and I never made noise late.

Obviously I was a bit fucked up. I’d been struggling badly since the fifth anniversary of 9/11 which was when I started drinking. Of course it wasn’t just 9/11. It was what came before, the millennium, that’s what really hurt. And then there was Boxing Day 2004.

You can only imagine what a monumental mind-fuck the whole trip was, really. That awful rabbit hole of “how had I been set up?” Boxing Day shut the hatch on that, but still one has to wonder. I had my proof, but what could I prove? The crux was the rant, when I hung that newspaper clipping, which had made me so mad and I had to go for that run, so no matter how unbelievable it seemed, at least I knew the memory was true. But was that enough? 9/11 was the real proof, but even then, that magazine publisher never acknowledged it, although I never went and asked, and I’d never involve my friend by asking her to testify about my mad rant on the 10th, but it was the prophesying and the months of work that went into it that mattered anyway. But who fucking cares? I only needed to prove it to myself, yes? No! Yes!! Fuck!!!

Five years later when you’re struggling to deal with it all on your own, after running and hiding far far away, working as a labourer, living in an old caravan, and all those messages of support like “Dude you rule, you’re amazing, wow you rock my world” don’t come along you really start to feel like you’ve had enough. I was bit tired of feeling like I was in some kind of modern day Greek tragedy. So I drank. It was hot and the beer was cold. Fuck it, I’m gonna sit right back and enjoy this ride!

I flipped the bird with both hands towards the heavens and screamed “Fuck You!” a few times at max volume. I thrust my fists up and pressed my fingers hard against the ceiling of the van. “You fucking see this do ya?” I screamed “Yeah you fucking see this? Well faaaaark you!” I wondered what the neighbours must think and started laughing at my ridiculous self.

I bent over laughing and caught my breath and as I did I faced the map on the wall titled “Your World Today”. “My world today?” I exclaimed. I grabbed my prized bike crank which I had hanging from a hook over the map.”Fuck my world today!” I yelled and aiming roughly for where I was I smashed the chainrings into the map and through the thin ply behind and into the insulation of the wall. Again and again I hit it, letting myself fly into a frenzy. Part of me warned myself not to wreck my crank but I didn’t give a fuck. By the time I finished the map was half obliterated and there was a big hole in the wall lining.

It wasn’t long before I collapsed on my bed and fell into the sweet oblivion of sleep while St Anger blazed away.

Saturday I was a wreck. Not so much hung-over as dehydrated, needing food and depressed. I didn’t clean up the mess until Sunday after I’d gone for a run and had pulled myself together. Luckily my crank wasn’t bent. I hung my wall mirror over the hole. That evening I rang my folks for a chat.

I told my mum that I wasn’t happy with my job and it was really bothering me. She suggested I go look for another but I replied that I was fed up with doing that as well and thought I should try and stick with something for a while and maybe it would get better. Also I said it was ‘better the devil I know’ as I was well down on luck.

6.30 next morning, 2/04/07, my alarm went off and with dull resignation I got up a few minutes later and got ready and went to work.

Hadn’t been on site long before people started talking and buzzing about a tsunami alert on the radio. An earthquake near the Solomons had caused tsunamis or something. People were taking it pretty seriously and most of the other tradies headed for the hills. We were in a low lying area near mangrove creeks but a long way from the bay, I wasn’t worried, I’d be on the roof laughing.

I thought of the map. I’d put the rubbish out that morning. I was worried it would have been taken. It hadn’t.

I checked the location of the quake on the internet and discovered it happened at 6.40am, my time.

That was when I stopped going to work. I got drunk instead until I couldn’t think. Next day I’d run and then get drunk again, and again, and again. That went on for a month until I ran out of money. Then I ran out of food. After not eating for three days I went grovelling back for my job and a sandwich.

It’s been great being me.